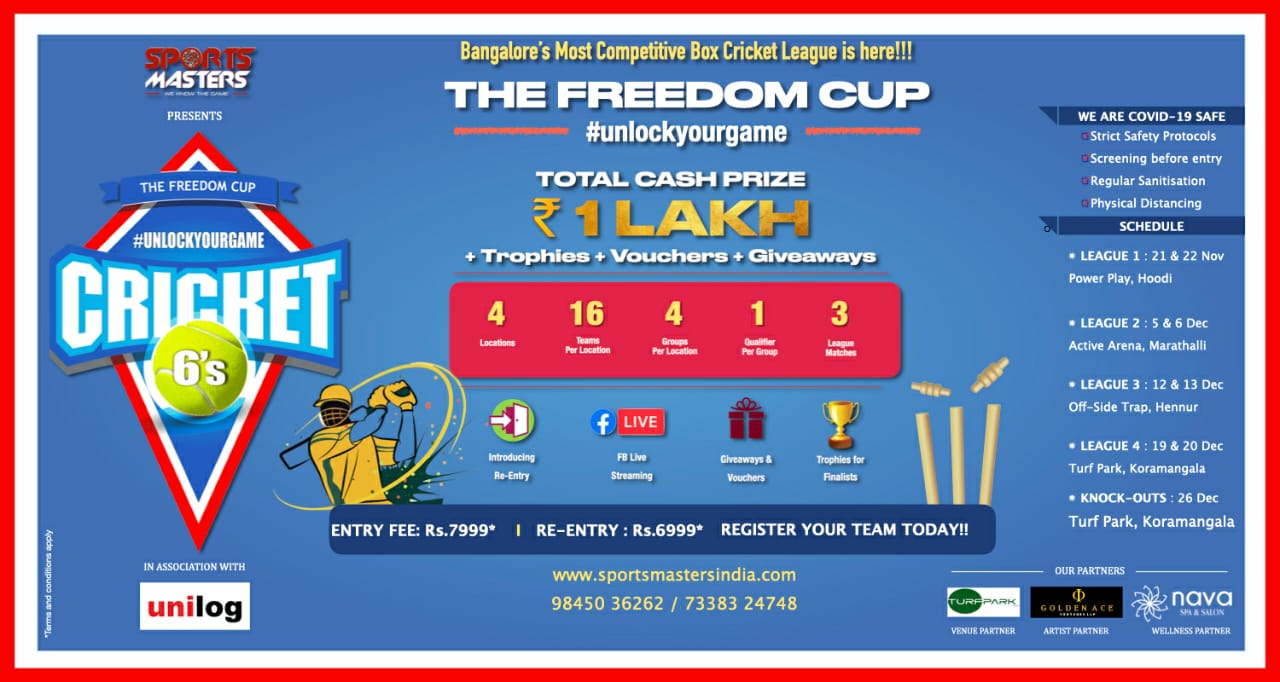 Verified
SportsMasters India
91 9845036262 sasha.sportsmasters@gmail.com View all tournaments of this organizer

The last 6 months have been really hard on all of us. But we have stayed strong & are now ready to head back to a normal lifestyle.

Each team can register up to 7 players, 6 to play with 1 super sub

Each league will have 4 groups with 4 teams in each group. Total 16 teams

If one team forfeits a match the other team will get 2 points. Any team forfeiting a match will be eliminated from the tournament

All matches will be played with Vicky Yellow tennis ball

Teams should report 30 mins before the start of their match

Batting team can only change players between overs

One Super Substitute will be allowed per team

SportsMasters will provide umpires for all matches

Umpires decision will be final

No underarm bowling or throws allowed, bowler will have to properly bowl the ball

Teams cannot forfeit a match in the league. If they forfeit any match, they will be eliminated from the tournament

No Leg Byes. No LBW's

Ball hit outside the box will be considered out

Catch, stumping, run out, hit wicket & bowled will all be considered out

Any ball that pass outside leg stump will be considered wide unless it touches any part of the body of the batsman. All standard Wide & No ball rules will apply

Only one bouncer per over will be allowed. After which umpire will declare a no-ball for ball that goes over the shoulder of the batsman

All other Standard T20 rules apply