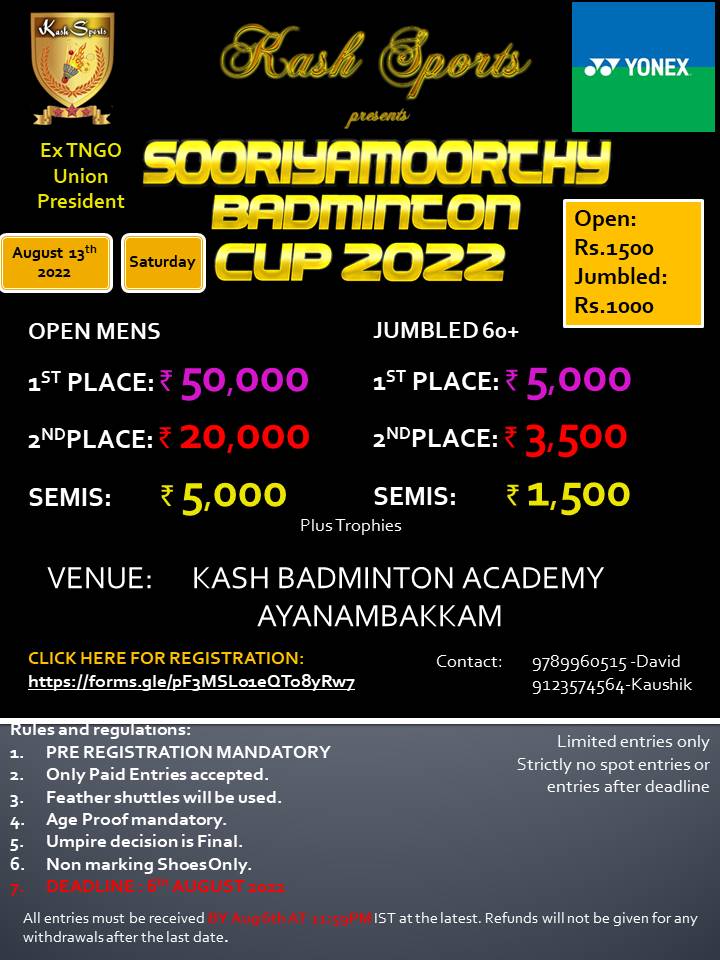 Not verified
Kash Badminton Academy
91 9123574564 kaushikrajesh490@gmail.com View all tournaments of this organizer

1.The Entries for Jumbled must provide valid age proof

3. Group stages will be played in round robin with knockout from quarter finals onwards.

4. Trophies will be presented to the winners and runners up and SEMI-Finalists along with prize money

5. Organizers will not be liable for any loss or damage caused to property or person throughout the events.

6. Feather shuttlecocks will be used throughout the tournament.

7. Match Referee's decision will be final(No arguments on that) on lines. Referee has a power to disqualify a team in that case.

8. In case of tie, game will be continued until the team gets clear two point lead ( or FIRST TO 30 )

9. Group stages and quarter finals will be one game to 21 with extention