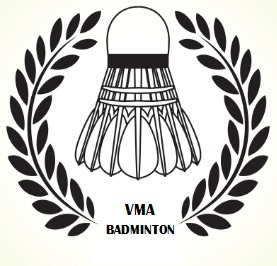 Not verified
VMA
91 9886744612 sobers.jose@gmail.com View all tournaments of this organizer

1. Badminton is conducted as a separate event where players won't be representing any of the teams formed for VMA Champions League football and cricket matches.

2. If there aren't enough nominations (at least 4 for women's events and mixed doubles / at least 8 for men's events) in any particular category then that event will be called off.

3. There will be a nominal registration charge of Rs. 100/- per person per category (applicable only to men). This will be used to meet the expenses for court booking, buying shuttle cocks and other arrangements. For the first tournament it is decided to exclude our female participants from the registration fees to encourage more participation from their side. Details regarding collection of registration charges will be intimated separately to the nominated players.

4. All the nominated players are required to be present for at least one practice session before the actual tournament to help in preparing the draws for the tournament. Practice sessions will be arranged by the organizing team and will be communicated once the nomination closes.

5. All categories will be conducted in knockout format with initial round matches decided in a single game of 21 points. Semifinals onward the matches will be in 'best of three games' format.